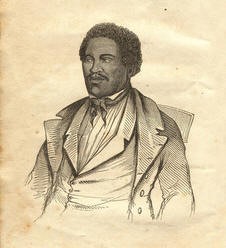 Henry “Box” Brown (1815 or 1816 – after 1889) was a 19th century Virginia slave who escaped to freedom by arranging to have himself mailed to Philadelphia abolitionists in a wooden crate. For a short time he became a noted abolitionist speaker and later a showman, but later lost the support of the abolitionist community, notably Frederick Douglass, who wished Brown had kept quiet about his escape so that more slaves could have escaped using similar means.

With the help of James C. A. Smith and a sympathetic white storekeeper named Samuel Smith (no relation), Brown devised a plan to have himself shipped to a free state by Adams Express Co. Brown paid $86 (out of his savings of $166) to Smith, who contacted Philadelphia abolitionist James Miller McKim, who agreed to receive the box. Brown burned his hand with oil of vitriol (sulphuric acid) as an excuse for missing work.

During the trip, which began on March 23, 1849, Brown’s box traveled by wagon, railroad, steamboat, wagon again, railroad, ferry, railroad, and finally delivery wagon. Several times during the 27-hour journey, carriers placed the box upside-down or handled it roughly, but Brown was able to remain still enough to avoid detection.

The box containing Brown was received by McKim, William Still, and other members of the Philadelphia Vigilance Committee. When Brown was released, one of those present remembered his first words as “How do you do, gentlemen?” He then sang a psalm from the Bible he had previously selected for his moment of freedom. 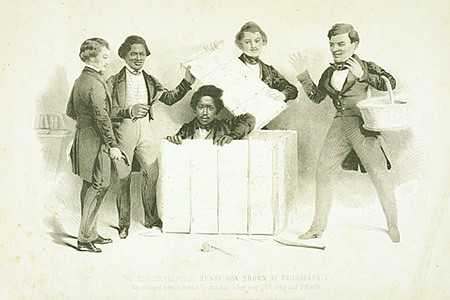 The Resurrection of Henry Box Brown at Philadelphia, a lithograph by Samuel Rowseby — published in 1850

Brown became a well-known speaker for the Anti-Slavery Society. He was bestowed the nickname of “Box” at a Boston antislavery convention in May 1849, and thereafter used the name Henry Box Brown. He published two versions of his autobiography, Narrative of the Life of Henry Box Brown; first in Boston in 1849 and the second in Manchester, England in 1851 [See Bibliography]. Brown exhibited a moving panorama titled “Mirror of Slavery” in the northeastern United States until he was forced to move to England after the passage of the Fugitive Slave Law of 1850. Brown toured Britain with his antislavery panorama for the next 10 years, performing several hundred times a year and visiting virtually every town and city over that period. 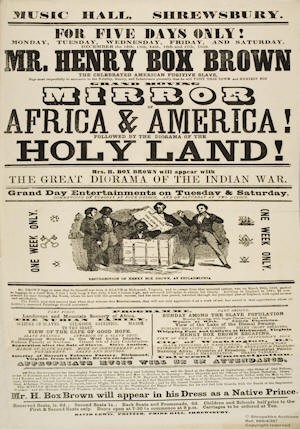 Advertisement in the Shrewsbury Chronicle December 9th 1859,  which states:  “PANORAMA OF THE SLAVE STATES — Our Music Hall will be opened next week with the celebrated panorama of Africa and America with illustrations of Negro life, by Mr. Box Brown, who was born a slave, and as it appears, was packed in a box as luggage and conveyed 350 miles to escape slavery. This panorama has lately been exhibited at Bridgenorth, Broseley, Wenlock .. before the clergy and leading gentry, who speak very highly of the entertainment”.

Brown stayed on the British show circuit for twenty-five years, until 1875. In the 1860s, he began performing as a mesmerist, and some time after that as a conjuror, under the show names Prof. H. Box Brown and the African Prince. Leaving his first wife and children in slavery (though he had the means to purchase their freedom),  he married a second time to a white British woman, and began a new family. In 1875, he returned to the U.S. with a family magic act. There is also a later report of the Brown Family Jubilee Singers.

The cause and date of his death are unknown. The last record of Brown is a newspaper report of a performance by Brown at Brantford, Ontario, Canada on 26th February 1889. 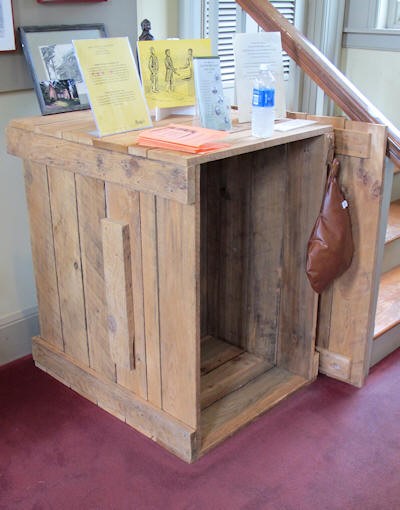